Fantageville is a non-Premium WordPress.com blog dedicated to the online virtual world, Fantage , and is currently run by princess_moomoo (creator).

Fantageville was created on January 27, 2012, by princess_moomoo. Its very first post was titled "Level Locked Items ", closely followed by "Fashion Show Cheats ". It has, to this day, used the "Spectrum" theme on WordPress, although the owners change the background and header frequently to match the season and upcoming holidays.

Princess_moomoo remained the sole owner of Fantageville until half a year later, when she admitted that blogging was extremely time-consuming and beginning to compete with her school work. On July 25, 2012, a contest titled "My Will As a Blogger " was released to guage the skill and competency of those wishing to help her run the blog. A separate blog, named FutureFantageville , was created to assess the contestants. Less than one month later, on August 14, a post announced the winner to be casey_cow101. From this point on, the two split the work to improve Fantageville, up until December 18, 2014, when Angela announced in a post titled "Changes" that she was quitting Fantageville and her fashion blog due to her busy schedule. Princess_moomoo now runs Fantageville alon, and is not looking to hire any new workers currently.

As stated on the "About Us " page, Fantageville is not looking to hire new workers any time soon.

Although princess_moomoo's exact age is unknown (as she wishes it to remain), viewers estimate that she is somewhere in her teens. She stated multiple times that she prefers not to reveal her age or any other private information.

She is currently a Fantage nonmember with an 900+ level. As a Premium Member, she is a level 1000+. Previously, she described her Premium Member experience as overrated and a hinderance to blogging, possibly because she started the blog by advocating the pointlessness in purchasing Membership. However, she currently exhibits absolutely no preference whatsoover Membership or Nonmembership, and treats members of both groups with no bias.

She has also frequently expressed a strong dislike for copiers, scammers, hackers, and drama.

Other skills aside from blogging include drawing using Gimp. Her artwork was at one point sold for a small price on her blog's Art Sales page, but was paused due to the closing of Trade n Sell and resulting inability for users to use Fantage items as a payment method. She is responsible for much of the art seen around on the blog, including the header and Fantageville's XAT Chat background. 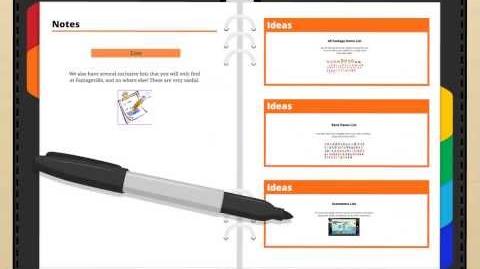 More can be learned about princess_moomoo on Fantageville's "About Us " page.

Angela's age is far less vague than that of princess_moomoo's, as many fans know she is currently in high school. Although newer to WordPress than her co-worker, Angela shows an equal amount of skill and dedication in blogging.

Angela has been far more open and loose in personal privacy, as she has already posted several images of her real self on the blog and on the profile picture. She freely states that she is 15 years old as of 2013.

Despite her quitting Fantage and selling all her items through PayPal, she has in no way quit blogging, and still goes on to Fantage to post events occasionally.

She was also the first of the staff to start an art page, but has canceled all requests due to time restraints.

In addition to working with princess_moomoo on Fantageville, she owns a separate fashion blog named SoCalSpirit and is currently its sole owner.

However, as of December 18, 2014, Angela has left Fantageville as well as her fashion blog and YouTube channel due to academics. Her brief farewell, as well as princess_moomoo's response, can be read on the post titled "Changes."

Her information is currently still available on Fantageville's "About Us " page.

Fantage event posts are usually written by princess_moomoo. She uses a substantial amount of indenting, bold/italic/underline/colored font, and edited pictures to create an appealing impression. As made clear by fans in the many comments, her posts are extremely helpful and detailed, as they include answers to scavenger hunts, tutorials, tips, and more.ovbjixvgjhnfjgn u:boang1239 p:boangmongtanan

The earliest post format used was to divide the event into 3 separate posts: the stampbook, mini game instructions, and scavenger hunt answers. This consistently remained the post format until June 2012; the last post using this format was the Prom Dance party event.

Several posts followed with very little format, most likely because the new format was undecided. It was not until the Blackout Event during late June was a new format established. The post begain with an "Item Carts" section, and other sections such as "Minigames" or "Scavenger Hunt" followed, under bolded titles to be easily differentiated from other sections.

This new format has been used consistently on the blog for over a year until, ironically, another Blackout Event post (more specifically, a "Lights Out " event) released during late August 2013. The only difference in this current format is the "Event Info" section at the top, where pictures of each section on the Event Info sign (located at Downtown, Fantage) are used as buttons to jump to specific parts of the post.

Due to the inconvenience of this method, however, it appears that post format has returned to the bolded titles method, with a unique and appealing change: instead of bolded titles, princess_moomoo now uses a large, cursive font to title each section, through the use of HTML editing.

Even more recently, princess_moomoo has started a "Reflection" section in her posts, in which she states her opinion of the event and gives the event a star rating out of 5. The first post to contain the Reflection section was the Cupcake Conundrum event of February 2014.

Fantageville has also started using excerpts, or snippets, of long posts on the home page, instead of viewing the entirety, to prevent excessive scrolling. The firsts signs of this change was announced early August 2013 on a post titled "Your Opinion? " and has been consistently used today.

Observing a time range from creation date to present date, Fantageville's "Nonmember Accounts " page has brought in the most traffic, closely followed by the recently removed "Member Accounts " page. Google search no doubt contributes to a large part in driving traffic towards these 2 pages: according to princess_moomoo, "The search term 'fantage accounts' is the second-most popular search term that drove viewers to our site, 'fantageville' being the most popular".

Fantageville's social media sites has been recently grouped together as subpages of the parent page "Find Us On..." as of February 2014, as suggested by a feedback form they received.

Fantageville's official ask.fm page was created in September 2013 by princess_moomoo, with the purpose of answering viewers' anonymous questions. In the answers, most of which are answered by princess_moomoo with the signature "~MM", many personal facts that have never been announced on the blog were revealed, such as her ethnicity (Asian). The page currently has over 5000 answers and over 100 followers, as of January 2015.

Fantageville's official Facebook page was created by princess_moomoo but was left without updates for a long period of time, until mid to late 2013. It currently serves the purpose of announcing immediate updates of new posts for Fantage Facebook users. Similarly, the Weekly Announcements page is available for non-Facebook users and is updated on Sundays.

Fantageville is currently the Fantage blog with the most hits. In the first full month since it release onto the internet (February 2012), it received 466 hits. In the following month, this number increased 300%, with 1,471 hits.

The blog began to grow steadily at this steady rate until June 2012, when hits began to skyrocket, receiving 23,555 hits in one month alone.

Statistics graph (left) has been provided by Fantageville, showing its growing monthly hits since its creation. It currently receives on average 2,000 hits per day. As for its followers, over 1,000 people followed this blog since its creation, and the number climbs by approximately 5-10 followers weekly.

On December 13, 2013, a little over a month before the blog's 2nd birthday, Fantageville bypassed 1 million hits, much earlier than the predicted date of January 2014. It is currently the only Fantage blog with over 1 million hits and continues to grow.

Retrieved from "https://thefantage.fandom.com/wiki/Fantageville?oldid=11454"
Community content is available under CC-BY-SA unless otherwise noted.